What is a static rail intermediate relay?

What is a static rail intermediate relay?

Intermediate relay: In the relay protection and automatic control system, to reduce the number and capacity of contacts. It is used to transfer intermediate signals in the control circuit. The structure and principle of the intermediate relay are basically the same as those of the AC contactor, and are generally composed of an iron core, a coil, an armature, and a contact spring. The main difference from a contactor is that the main contact of the contactor can pass a large current, while the contact of the intermediate relay cannot pass a relatively small current. Therefore, it cannot be used as a control circuit. It generally does not have a main contact because the short-circuit capability is relatively small. So all it uses are auxiliary contacts, and the number of contacts is relatively large. The text symbol of the middle relay in the new national standard is K, and the old national standard is KA. Most of the intermediate relays are powered by DC power supply, and there are a few intermediate relays used for AC power supply. The intermediate relay is a kind of electromagnetic relay. As long as the rated voltage is applied to the two ends of the intermediate relay coil, a certain current will flow in the relay coil, which will generate an electromagnetic effect. The armature will resolve the tension of the return spring and attract it when the electromagnetic force is stronger. Iron core, so that the moving contact of the armature and the static contact (normally open contact) are attracted. When the coil is de-energized, the electromagnetic suction force also disappears, and the armature will return to its original orientation under the reaction force of the spring, so that the movable contact and the original static contact are released and scrapped. This attracts / releases, thereby exceeding the purpose of turning on / off the circuit. The distinction between the "normally open, normally closed" contacts of a relay: The contacts that are in the inserted state when the relay coil is not energized are called "normally open contacts"; the contacts that are in the connected state are called "normally closed contacts" point". 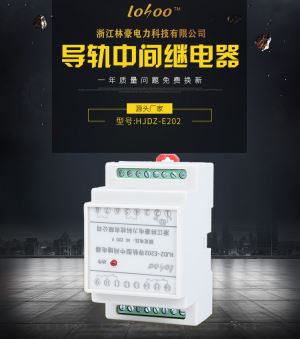 Previous: Do you know how to improve the reliability of relay operation?