That is the relay's re-activation.

For example, a certain relay contact needs to be tripped, and also needs to be signaled, or more required. And there is only one contact, then let this contact drive another relay action, and the N contacts of this relay will complete "signaling", "tripping" or "more functions", here "the other relay" is called heavy Move the relay.

In practice, a signal may be used in multiple places. In this case, if the signal itself has insufficient contacts, it is necessary to expand the contact through a relay to achieve the effect of one signal input and multiple contacts acting. The relay used is called a double acting relay.

A relay is a device often used as a switch in a circuit. According to the type of control voltage required by its coil, it can be divided into AC relay and DC relay. The specification of the relay is expressed by the coil control voltage and contact current. Generally, under the condition of load current less than 10A, the contact of the relay can be used to directly connect or disconnect the circuit. If the load current is too large, it can be used as an indirect control device.

The relay is generally composed of an iron core, a coil, an armature, and a contact spring. As long as a certain voltage is applied across the coil, a certain current will flow in the coil, which will produce an electromagnetic effect. The armature will be attracted to the core by the force of the return spring against the force of the electromagnetic force, thereby driving the armature. The moving contact and the static contact (normally open contact) are attracted. When the coil is de-energized, the electromagnetic attraction force also disappears, and the armature will return to the original position under the reaction force of the spring, so that the movable contact and the original static contact (normally closed contact) are released. This attracts and releases, so as to achieve the purpose of conducting and cutting in the circuit. The "normally open, normally closed" contact of the relay can be distinguished as follows: The static contact that is in the open state when the relay coil is not energized is called the "normally open contact"; the static contact in the on state is called It is "normally closed contact". 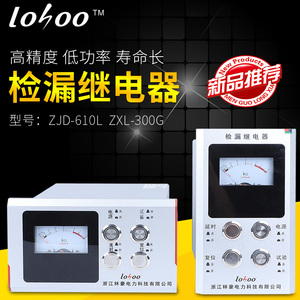