A relay that operates when the current through the relay is reduced below its setting value is called an undercurrent relay. When the detected current is greater than the under-current set value, the under-current output relay is activated, otherwise the output relay is released. The under current setting value is set by the panel keys, the setting range is the measurement range, and the control accuracy is high. The panel has an undercurrent indicator and an internal alarm buzzer.

The working principle of the electromagnetic over-current relay is a composite type, which is composed of two types of inductive and electromagnetic components that share a coil. When an alternating current is applied to the coil of the relay, two magnetic fluxes with a -definite phase difference are generated in the shielded and unshielded parts of the iron core. This magnetic flux interacts with the eddy currents that it induces in the disc, creating a torque on the disc. At an operating current setting of 20% to 40%, the disc starts to rotate. At this time, because the fan teeth and the worm are not engaged, the relay does not operate.

When the current in the coil increases to the set current, the electromagnetic torque is greater than the reaction torque of the spring, and the frame rotates, causing the teeth of the fan to engage with the worm, and the fan teeth rise. At this time, the moving iron of the relay is pushed by the fan tooth rod to reduce the air gap on the right side of the guide magnet and increase the air gap on the left side. Therefore, the moving iron is attracted by the guide magnet and the relay contact is activated. When the current in the relay coil is a set value, the operating time of the inductive element is inversely proportional to the square of the current. As the current increases, the magnet is saturated, and the time limit for the action gradually approaches a fixed value.

1. The current relay does not work under normal current, or in other words, the armature is released when normal. This can prolong the service life of the relay and save control power. Therefore, the time that the relay is in the protection state is relatively short compared to the normal working time.

2. The above method is the method that all protective relays hope to adopt, but undercurrent relays cannot be designed in this way, because when the current is small or not, the relay can only release the armature, and cannot catch the armature.

1. Current relay is used for current protection. When the current reaches the set value, it will be closed.

2. The undercurrent relay is generally used for the weak magnetic field protection of the DC motor magnetic field to prevent the motor from overspeeding. The normal work is energized and released when the current is less than the set value.

Current relay, used for current protection, when the current reaches the set value, pull in.

Undercurrent relays are generally used to protect the weak magnetic field of the DC motor's magnetic field to prevent the motor from overspeeding. The normal operation is energized and released when the current is less than the set value. 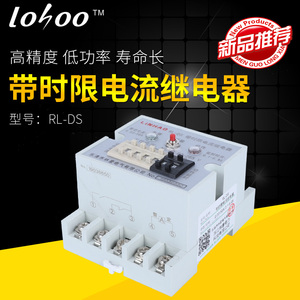 下一条: How to distinguish between voltage relay and current relay?