1. Whether it is a vertical fault, a horizontal fault, or an asymmetry in normal and abnormal conditions, as long as a zero sequence voltage is generated;

2. There is a path for zero sequence current.

These two conditions are indispensable. Because there is no one, there is no source; the second is the question of whether there is voltage or current.

Draw a vector diagram of the three-phase current of the system (using the current as an example, the voltage is the same) from the known conditions (for clarity, do not draw too extreme).

(1) Find the zero-sequence component: add three vectors and sum them. That is, phase A does not move, and the origin of phase B is translated to the top (arrow) of phase A. Note that phase B is only translated and cannot be rotated. In the same way, the phase C is translated to the top of the phase B. At this time, the vector (the arrow-to-arrow) of the phase A origin to the top of the phase C is made, and this vector is the sum of the three-phase vectors. Then take one third of the magnitude of this vector, which is the magnitude of the zero-sequence component, and the direction is the same as this vector.

Through the above methods, we can analyze the general situation of various system failures, such as why the zero-sequence protection works when a single-phase ground occurs, and there is basically no zero-sequence current when the two-phase is short-circuited. 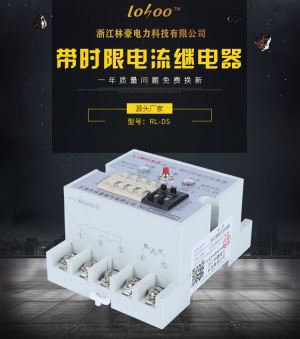 Previous: What letter is used to indicate the relay in electric

下一条: Principle and Implementation of Current Relay with Time Limit